Going on safari in Africa - The 15 Best Tips - AmazingPlaces.com

Go on safari in Africa

Looking for the unique wildlife of this continent 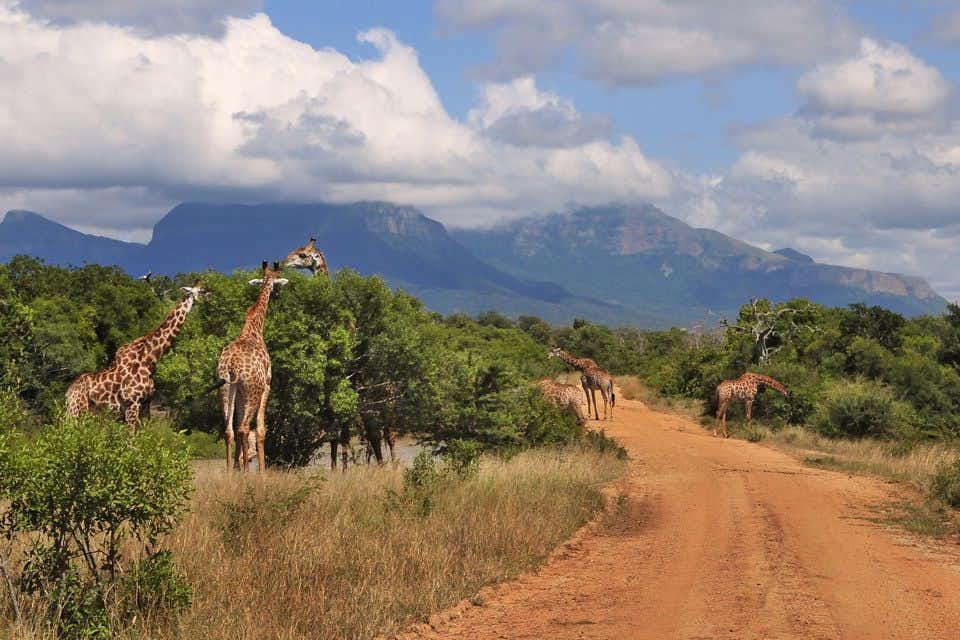 A safari in Africa is addictive. In a jeep you will set out under the guidance of an experienced guide. And believe me, seeing a wild animal in its natural environment is magical.

Pay attention to the wonderful sounds around you, you will never forget them. You have several options to go on a safari, or go on multiple safaris.

These are the best countries for a safari: Kenya, Tanzania, Zambia, Uganda, Zimbabwe, Botswana, Namibia and South Africa.

Rental car or with a guide in a jeep?

These are the differences between a safari with your own car and with a guide. My tip is to do both, so that you experience the differences yourself. For example, I prefer to go out myself, but I can thoroughly enjoy an enthusiastic guide who talks with love about his backyard full of wildlife.

On safari with your rental car

You can drive your car in various nature parks. And it doesn't have to be a four-wheel drive car. In addition, your car is just as well insured as on a normal road, because this is included in the rental conditions. In the famous Kruger National Park in South-Africa, for example, you have countless paved roads. A striking number of animals are seen here. Including predators such as lions, cheetahs and special animals such as the African wild dog.

But the best car to hire is a four-wheel drive car. Then you can also take the unpaved paths and thus drive away from the other tourists. Although you can ask on the spot where predators have recently been seen, such as lion, leopard and wild dogs for example. Once they have caught prey, they often go to sleep nearby. So you can easily find them most of the times.

Prepare your trip well. Make sure you have a map with all the routes through the park you are visiting. And an emergency number to call should your car fail for whatever reason. Or if you run into other problems. Bring something to drink and eat with you as well.

With a guide in a jeep on safari

On a jeep safari in Africa.

Another option is to book safaris in a lodge or safari camp where you are staying with a guide, who also acts as a driver. It's a lot more relaxed, because you don't have to steer yourself. You can just focus on spotting wildlife. The guide will point out numerous animals; his eyes are simply more trained than yours. In addition, he will tell many things about the animals, the landscape, the seasons and many other things.

You don't have to prepare much for this excursion. Keep in mind that you are in an open jeep and it can get chilly in the morning. The best place to sit is to the left behind the driver. Then you have an unobstructed view to the front, so that you can see more. And you can clearly understand everything from the guide. You can also ask him questions.

The wildlife on a safari

If you are lucky you can cross off the Big Five (lion, African elephant, leopard, African buffalo and black rhino or white rhino) from your list. But you can be sure that you’ll spot many other wild animals like different types of antilopes, birds and warthogs. And you might also encounter a cheetah or the elusive African wild dog.

A trekking to the iconic mountain gorilla or the lovely chimpanzee are also called safari's. They're done on foot and a really wonderful experience.

Elephants on the road in in Kruger in South Africa.

There are usually two safari moments per day: Early morning and late afternoon. The reason for this is simple: Most animals are then active, which gives you the best chance of seeing something. In addition, it is cooler, which is also more ideal for tourists.

In the heat of the day, the animals seek peace in the shade, so you see remarkably few animals. Although lions can still hunt when they are hungry. While rhinos often just graze. That's the beauty of Mother Nature; it is totally unpredictable.

A morning safari is magical. It is usually still cold, or at least chilly. if you go with an open jeep you have to dress well. Although you often get a blanket to stay warm. Many animals from the night are still active, while the diurnal animals awaken and start to look for breakfast.

The safari usually starts at the crack of dawn; at first daylight. Then you see the most animals, so be immediately alert for anything that moves. And when you see something moving, you shout stop, so that the guide can also take a look.

Most people do two safaris in a day. Around noon they rest a bit, have an extensive lunch or take an afternoon nap. The afternoon safari is different from the morning safari. It is often still warm and the animals slowly start moving again. This means that you have the greatest chance of a lot of activity at nightfall.

Most predators become active again, while the grazers also start eating. There is a chance that elephants will drink because of the heat, while the hippos will go out of the water to graze. Many birds fly to their nesting place, so keep an eye on the sky.

A sundowner is a nice South African custom. That you will experience if you have booked an excursion with a jeep. It means that the moment the sun sets, the jeep will stop and you will be given a drink. And a snack to eat. This is done in a safe place, so that you can also leave the jeep. And take pictures, for example. It is a wonderful end to your safari.

In various parks you can also go on a day safari. Which means that you go out early in the morning and continue until lunch. This is usually served  at a special place in the park where you can walk around freely. Although you have to pay attention, because sometimes there are no fences.

A walking safari is a real adventure. You go hiking with a guide and might encounter lots of wildlife. The guide has a loaded gun in case things go bad, but he rarely has to use it. This excursion is magical, so ask around if you can go on a walking safari. It's worth it.

Hippo Cruise St Lucia
A Hippo Cruise is a good way to see wildlife such as hippos and crocodiles up close. But you will find much more along the riverside. It is a very popular tour in St Lucia in the east of South Africa.
Read more
Hwange National Park

Kruger National Park
Kruger National Park in South Africa is perhaps the most famous nature reserve in the world. It is an ideal place for safaris, including spotting the Big Five. You can explore this national park in a private vehicle, too. Nowadays tourist shot with their camera. And their money helps to sustain this natural jewel.
Read more
Meerkat tour in Oudtshoorn

On safari in South Africa
Going on safari is a popular activity. And South Africa is one of the best places to do this. In most national parks, you can spot wildlife from your own (rental) car. Or you can book a guided safari tour. There are many national parks and private game reserves to choose from. Some a very luxurious, other offer just a basic experience.
Read more
See the largest migration of antelopes

See the largest migration of antelopes