Most social animal in the world, they can be seen on a safari with some luck 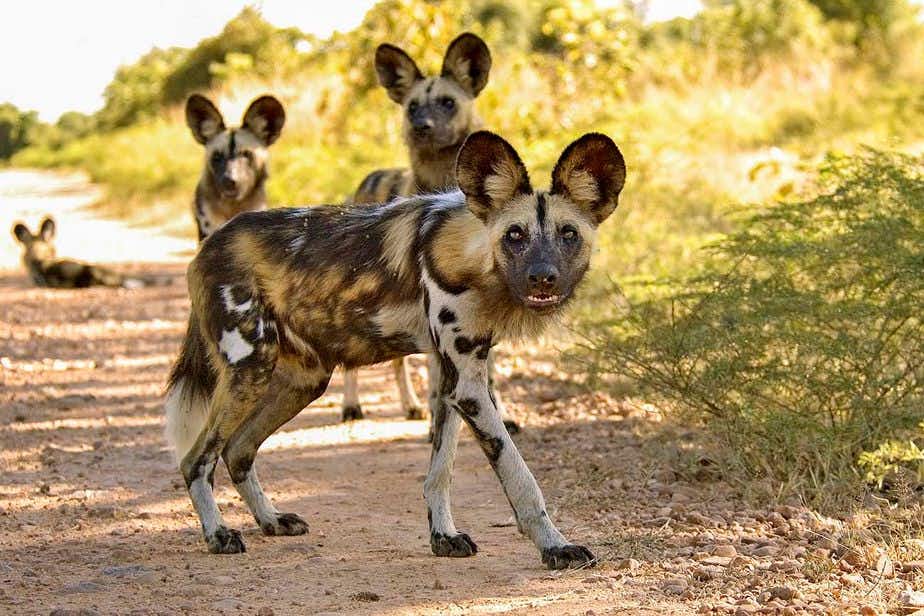 The African wild dog is a much sought after animal on safari in Africa. Especially if you have been on safari more often. This animal, which is not related to the dog, lives in groups. They hunt in groups. What a special sight.

This intriguing animal is not one of the Big Five of Africa, but it is one of the most wanted animals on a safari. Especially when you have heard about this animal. For sure you want to see it for yourself in the wild.

But that is not easy, though possible. Especially if you go on safari for several days in the areas where this animal is spotted quite often. With these tips, you will increase your chance of seeing them.

This animal is known as one of the most social animals in the world. In their group, their own young are taken care of, but also those of other members of the group. As well as for sick animals, which is rare behaviour amongst animals. That is why these animals are studied in various national parks.

I went to Zimbabwe to study them a while ago. I went out for weeks with an experienced researcher. I slept on the roof of the jeep and learned an unprecedented amount of facts about these wonderful animals.

The African wild dog has a large habitat. They are very mobile, so you will only find one group in a large area. Making it extra difficult to spot them. But when they have just eaten, for example, they rest. And you can observe them well. You also quickly see the social character of the animals.

Protection of the African wild dog

The African wild dog is one of the major concerns of biologists. This animal has been shot and poisoned en masse in recent years. Especially because farmers saw them as a danger to their livestock. Something that still happens. That is why there are also various nature conservation organisations to protect this animal.

One of the largest populations roams the world-famous Kruger National Park in South Africa. Estimation is that around 200 wild dogs still live in the area.

They sometimes cover very long distances, up to 50 kilometers a day. Scientists have been researching these animals for years and have discovered, among other things, that the animals in Kruger have unique DNA material. Which could be important to save this species from extinction.

Are they real dogs?

Genetic research indicates that African wild dogs are not dogs. And therefore not descended from the wolf. It is a separate family in the biological family tree and the name is therefore confusing.

African wild dogs are often referred to as hyena dogs, but that name doesn’t do them justice either. They also have nothing to do with the various hyena species that walk around Africa. Also in English, it is confusing, their English name is African wild dog or African painted dog is not correct. The Latin name sets them apart from the genus canis, where they are called lycaon pictus.

The confusing names come from the first settlers who saw the animal and couldn’t place it properly. These animals are rightfully an outsider in the predator world. And when you see them on safari, you understand how special they are.

Kruger National Park
Kruger National Park in South Africa is perhaps the most famous nature reserve in the world. It is an ideal place for safaris, including spotting the Big Five. You can explore this national park in a private vehicle, too. Nowadays tourist shot with their camera. And their money helps to sustain this natural jewel.
Read more
Ngorongoro Crater

Ngorongoro Crater
The world-famous Ngorongoro Crater in Tanzania is a fertile area with an abundance of wildlife, such as lions, buffalo, hyena and many more. Imagine going on safari inside the crater of a volcano. And you can at Ngorongoro Crater.
Read more
Serengeti National Park