Lion: Best places to see this animal on safari - AmazingPlaces.com

Absolute king of the animals 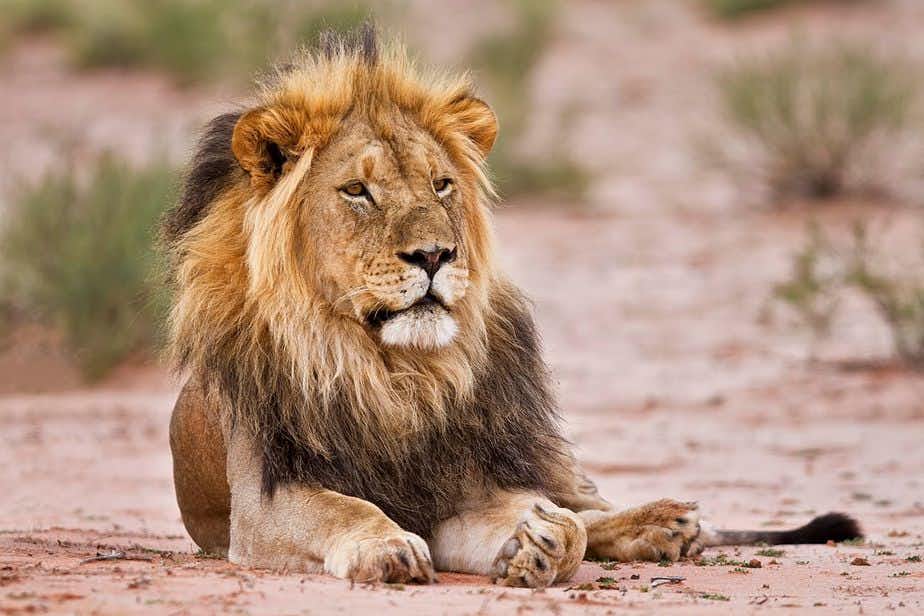 The lion is the King of the Jungle. Although there are no lions in the rainforest. Well on the great plains of Africa, as well as in India. You can meet these intriguing predators on safari. These are the best tips for your safari.

The lion is part of the Big Five of Africa. She is usually at the top of many safari goers' lists. This ultimate predator often shows itself on safari, although you have to be lucky. Its  Latin name is panthera leo.

The male lion is very impressive. First of all, it's bigger. Second, he has a long mane. Sometimes he lets out his impressive roar. But the female hunts much more often than a male. It's a spectacle that is very special to watch. The hunt is essential for a pride of lions to survive.

The remarkable hunt of lions

Lions often hunt as a group, and are quite successful. Although the hunt goes wrong many times. It usually starts with looking for prey. This can be a young animal, but also a sick animal. Or an animal that is not paying attention, because lions often approach their prey without being noticed. One or more animals try to get closer silently.

Then the attack follows. Where a lioness suddenly starts moving from a standstill. She tries to overpower her prey at top speed. She is often helped by other lionesses. The lioness often attack from behind, as many prey animals have horns. But, there is a risk that they will get a kick from, for example, a zebra. By the way, lions try to get the animal to the ground as quickly as possible, so that they can grab the neck. The goal is then to make the animals suffocate with their strong jaws.

In the larger nature reserves, lions often follow migrating animals such as zebras and wildebeest. So that they also have enough food throughout the year. A pride of lions can consist of as many as thirty animals, of which the females form the solid core. Female lions are the ones that do most of the hunting. The males defend the pack against other male lions, who are eager to take over the females.

The unique spots of young lions

If you are lucky enough to see young lions, you will notice something. The cubs have fairly large patches on their coat. But these slowly fade as they age. Although you can still see them well in young animals.

According to scientists, it is a sign that these animals also had spots in the past, just like leopards and cheetahs. But that they have lost it through evolution. This may be to adapt better to their environment. For example, to stand out less.

Best national parks to see a lion on safari

Kruger National Park
Kruger National Park in South Africa is perhaps the most famous nature reserve in the world. It is an ideal place for safaris, including spotting the Big Five. You can explore this national park in a private vehicle, too. Nowadays tourist shot with their camera. And their money helps to sustain this natural jewel.
Read more
Ngorongoro Crater

Ngorongoro Crater
The world-famous Ngorongoro Crater in Tanzania is a fertile area with an abundance of wildlife, such as lions, buffalo, hyena and many more. Imagine going on safari inside the crater of a volcano. And you can at Ngorongoro Crater.
Read more
Serengeti National Park

Victoria Falls
The Victoria Falls are some of the most beautiful waterfalls in the world. They are the widest in Africa: around 1.708 metres wide, and 100 metres high. It's one of the new wonders of the world.
Read more