Koala: Best places to see this animal in the wild - AmazingPlaces.com 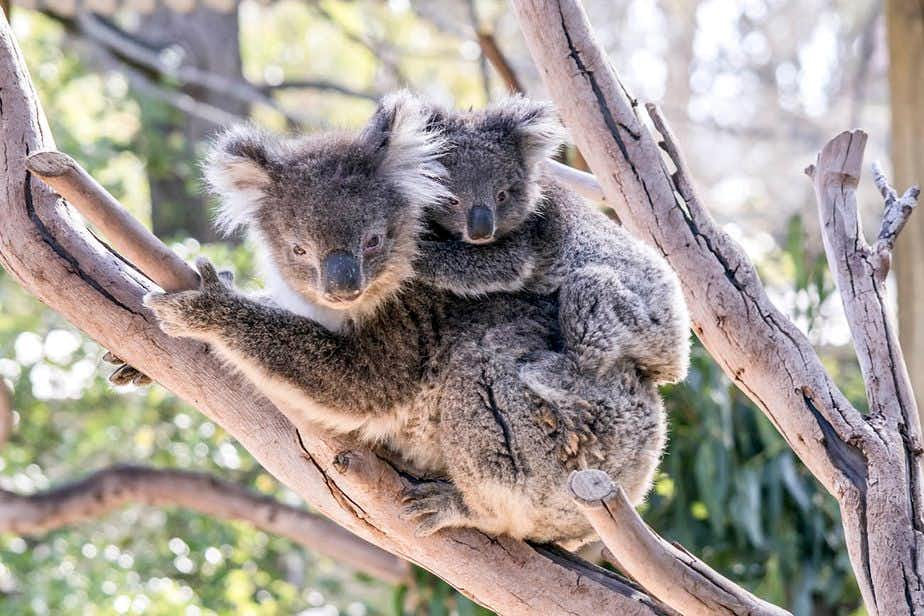 Koalas are unlike any other animal. Their lovely appearance, their slow behaviour, and the fact that they only occur in Australia make them extra special. You will not soon forget an encounter with this animal. Even when they sleep.

The koala is a wonderful animal. And relatively rare, even in the only country where these marsupials occur: Australia. You cannot find them all over the country. Actually only in the southern part. These are the best tips for spotting the koala in the wild.

These animals are the figurehead of Australia. They are officially protected, but their numbers are still declining. The recent forest fires have killed thousands of koalas. It is unclear exactly how the species is doing.

Several researchers are concerned that the koala will become extinct in the future. They have been pleading with the Australian government for better measures for years. Both to prevent forest fires and, for example, to protect the habitat of the animal. And to, among other things, prevent the felling of their favourite eucalyptus trees.

According to them, the koala does not get enough attention as no proper research has ever been done. There is no official count of living koalas on the immense island. Tourist funding could be one solution to protect animals. Almost every tourist who travels to Australia wants to see these animals, so there are plenty of opportunities there.

Where can I see a koala?

In the wild, the experience is much more beautiful of course. But you have to be lucky. Koalas mainly live in eucalyptus trees and do not move too often. Experts say these are the best places to see a koala in the wild:

Australia has several shelters where you can see koalas at your leisure. Provided they are awake, of course, because these animals sleep about 20 hours a day. And so you have a fair chance of seeing a sleeping koala. Which in itself is also very touching.

Koalas are according to many among the sweetest animals in the world. Especially because of their fluffy fur and sweet appearance. But these animals also sometimes argue among themselves. And it looks like this.

Best time to see the koala

Koalas are usually active early in the morning and at the end of the day. Then they are looking for food or, in the mating season, for a partner. These animals sleep almost 20 hours a day, so you have the best chance when they sleep. They sleep especially in the heat of the day. So sunrise and sunset is the best time.

Brown Kiwi
The brown kiwi is one of the most special birds on the planet. Which with some luck you can see on your trip to New Zealand. It is absolutely worthwhile to make an effort for this special animal.
Read more
Chimpanzee

Chimpanzee
The chimpanzee is an animal that appeals to the imagination. This great ape is less popular than the mountain gorilla, but that is not doing this majestic animal right. An encounter with a troop of chimpanzees on a chimpanzee safari in Africa is more than impressive. And you quickly notice why this animal resembles a human the most.
Read more
Jaguar

Jaguar
The jaguar is one of the most beautiful animals, and the ultimate predator. You will not spot this animal easily. Although you do have a fair chance if you go to the right place. The meeting can take a few seconds, but also more than half an hour when the animal is hunting.
Read more
Striated Caracara

Striated Caracara
The striated caracara is a special bird of prey, endemic to the Falkland Islands and some nearby other islands. Surprisingly, this bird is not shy and easily spotted by locals and tourists on the islands.
Read more
Whale Shark

Whale Shark
The whale shark is often high on many travellers' wish list. To watch this majestic animal is a special thing. You have a good chance at these locations.
Read more
White Rhino

White Rhino
The white rhinoceros is the most commonly seen species in Africa. If you go on safari, there is a good chance that you will encounter these. These unwieldy looking animals can run remarkably fast, and sometimes challenge the jeep.
Read more

all 38 articles on Wildlife