Azores: The Best Things to See and Do at the Archipelago - AmazingPlaces.com

Archipelago of islands with rugged nature and great wildlife 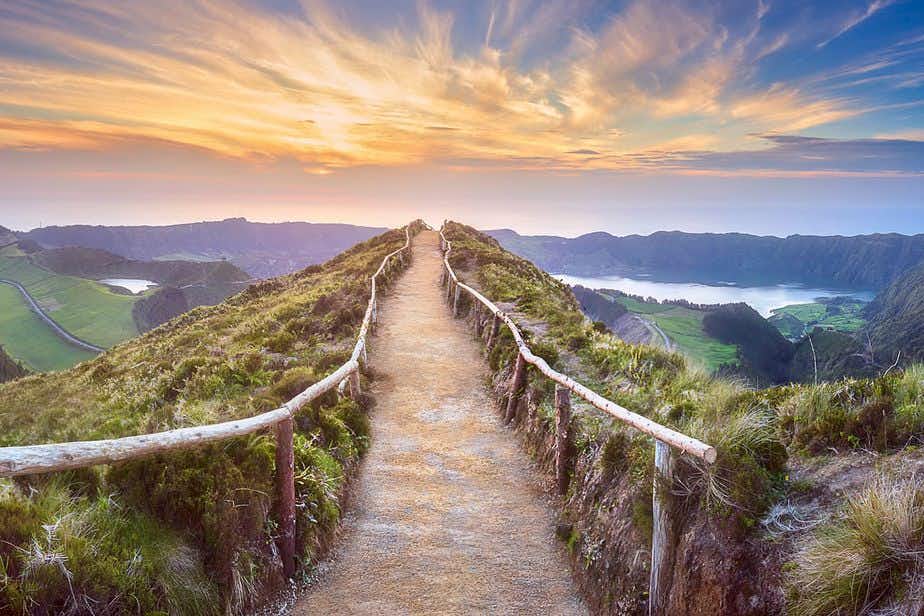 The Azores are nine inhabited and eight uninhabited islands that belong to Portugal. They are remote islands, created in the distant past by volcanic activity. In the Azores, you will find a total of 1,766 volcanoes, nine of which are still active. It is a playground for nature lovers.

It is a wonderful group of islands with great diversity. You can easily visit the islands. When you visit, you will better understand why the archipelago is a special part of Europe.

The islands are remarkably diverse, each with its own character. And special places to discover. Island hopping is popular and the best way to experience the Azores. I have collected the best tips and attractions for visiting the Azores.

Read about the most important things to see and do, how you can travel to the Azores and the best time for a visit. These are the islands of the Azores.

São Miguel has the largest airport near the capital Ponta Delgado. This is why many travellers start their journey here. This island is known as the green island. The island is well worth exploring. With one of the most beautiful vantage points of all the islands. And hot springs in which the locals cook. And walks along waterfalls. It is also one of the best places for a whale and dolphin watching tour.

The waterfall Cascata do Poço do Bacalhau on Flores island.

Flores is wonderfully rugged with no fewer than seven crater lakes with different colours. And you will find numerous waterfalls on the island. You can see them on foot, but also often from special vantage points. Hiking is a must on Flores, there are various hiking trails. Although it can be quite challenging, you get spectacular views in return.

The island Pico of the Azores.

The island of Pico is not extremely large, but the volcano with a similar name is not. In fact, at 2,351 meters it is the highest mountain in all of Portugal. It is a volcano that you can climb. And where you can enjoy a special sunrise at the top. Pico is also a wonderful hiking island. And the best place to dive with the blue shark.

The volcano on the island of Corvo.

Corvo is the smallest island of the Azores with an imposing volcano. Which you can visit. It has a small village and a small airport. The island is 6.5 kilometres long and 4 kilometres wide. And popular with nature lovers and hikers. It is near the island of Flores.

Volcano Capelinhos on the island of Faial.

Faial is one of the most popular islands in the Azores. It is 21 kilometres long and about 14 kilometres wide. It has a pentagonal shape, with a volcano in the middle. Which is worth a visit. Faial is sometimes called the blue island. This is due to the many hedges of blue hydrangeas. Faial is also one of the best places to go on whale-watching tours.

The island Santa Maria of the Azores.

Santa Maria is one of the lesser-known islands of the Azores. The island is often skipped by many travellers. But it's clearly different because of yellow beaches and a wonderful red desert. This is because it has a different history.

Terceira island of the Azores.

The island of Terceira is famous for its capital Angra do Heroísmo. This city is on the UNESCO World Heritage List. You will also find special caves here, which served as housing to the early inhabitants before the Portuguese arrived. And fields where steam still comes out of the ground.

São Jorge is really nothing more than a headland. And if you have the time, São Jorge is well worth a visit. Numerous hikers and bird watchers visit the island. Simply because it is different from the rest of the Azores.

Best Time to Visit the Azores

You can visit the Azores all year round. But if you want to see whales and dolphins, for example, you only have a good chance for a few months.

The best time to see whales in the Azores is from April to October. Especially in April and May you have a reasonable chance of seeing the blue whale, the largest of all whales.

The best spots for whale watching are on Pico and Faial, where you have a 90% chance during a tour. On Sao Miguel it is around 60 to 70%.

Dolphins are seen all year round in the Azores. The animals live in the waters around the islands. You have the best chance of seeing the common dolphin, as well as the bottlenose dolphin and the gray dolphin.

You also have a chance to spot the spotted dolphin and striped dolphin. These playful animals can be seen mainly in the months of May to August. So if you go out on the water during these months, you can see various species. Which often happens.

How to Get to the Azores?

Check if there is a direct flight to the Azores from your country. Otherwise, you can fly from Portugal. The island of São Miguel has the most connections. There are also flight connections with Air Açores between the islands, so you can easily go island hopping. There are also several ferries that sail between the various islands. Only in bad weather the ferries will not go.

Algarve
The Algarve is one of the most beautiful landscapes in Europe. And the beaches are world-famous and regularly win awards. With brightly coloured rocks and countless coves that shelter you from the elements. With a remarkably rich nature. The Algarve is the southernmost region of Portugal.
Read more
Benagil Cave

Benagil Cave
Benagil in the Algarve has become known through social media. Stunning pictures of the limestone rocks covered by rays of sunlight peeping through have been conquering the world for years. And rightly so, because this is a unique part of the Algarve in Portugal.
Read more
Praia da Marinha

Praia da Marinha
Praia da Marinha is considered by many to be the most beautiful beach in the Algarve. On this beautiful beach, you can see many steep rocks and cliffs in all kinds of colours that end in the sea. Add golden sand and clear blue water and you have an amazing setting.
Read more
Praia do Camilo

Praia do Camilo
Praia do Camilo is one of the most beautiful beaches in the Algarve. This beach in a hidden bay is not well-known. To visit the beach you need to go down a long staircase. You can easily pass this beach on your way to the famous Ponta da Piedade near the town of Lagos. But Praia do Camilo is a hidden gem. These are the best tips and sights of Camilo Beach, as it is also called.
Read more
Seven Hanging Valleys Trail

Via Algarviana Trail
The Via Algarviana Trail is no less than 266 kilometres long and runs from east to west in the Algarve. This trail has grown fast in popularity, as it only officially existed since 2009. The trail mainly leads through the hinterland and ends at the southernmost point in the west. Where you see the unprecedented diversity of the Algarve.
Read more

all 9 articles on Portugal