Meet the Maasai people and witness the annual wildlife migration 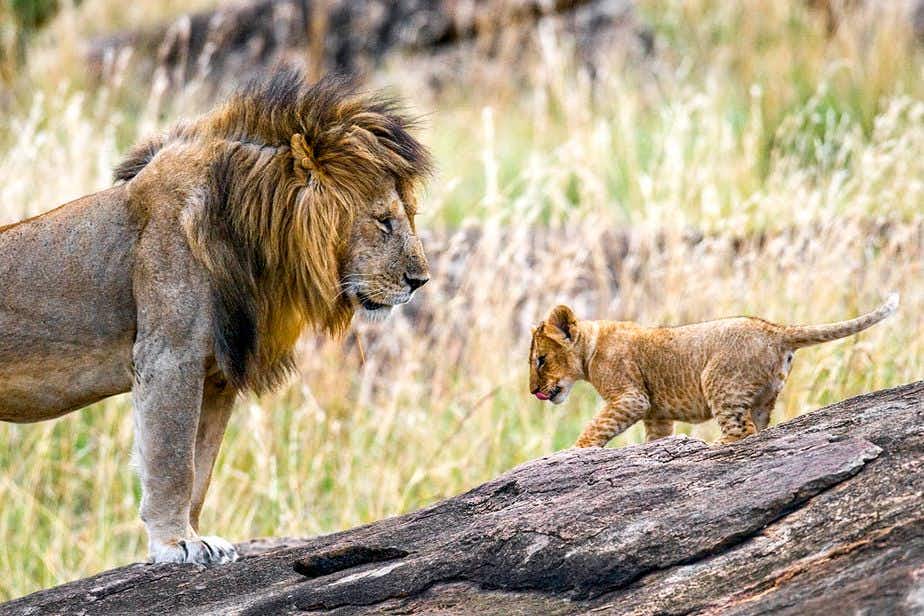 The Maasai Mara National Reserve in Kenya is part of the Serengeti ecosystem. This nature reserve is world famous due to the annual migration of animals, as well as the Maasai people who live there.

The Maasai Mara National Reserve in Kenya borders with the Serengeti National Park in the also well-known safari destination of Tanzania. This immense park is also known as Masai Mara. It offers the Big Five of safari animals, but also shows the struggle of the humans and animals who live here.

On safari in the Maasai Mara

Cheetahs in the Maasai Mara.

This vast landscape is home to the Big Five. There is also an impressive annual migration of the blue wildebeest, plains zebra and Thomson’s gazelle. These animals migrate freely between the two nature reserves.

Drive your own car in the Maasai Mara

You can rent a car yourself and drive around the Maasai Mara. As long as you stay on the trails. The consequence will be that you probably see less (a guide has hawk eyes), but the experience is completely different. Keep in mind that you are well prepared to go out, because if you get lost you have a big problem. In addition to a good map, you can also hire a local guide who knows the way. And possibly help with spotting animals.

Accommodation in the Maasai Mara

Those who stay overnight in the Maasai Mara will not only be impressed by the sounds, but also by the sky. On a cloudless day (and there are many) there is no light pollution at all. And you can see the stars, but also the galaxy and planets, extremely well.

And the Southern Cross, which can only be seen in the Southern Hemisphere. Many lodges and hotels have stargazers that allow you to scan the sky. Staring for half an hour gives you the feeling that you are far away from civilisation.

There is also an impressive annual migration of the blue wildebeest, plains zebra and Thomson’s gazelle. These animals migrate freely between the two nature reserves.

If you’d like to witness the migration, June until late September is the best period to go. Be aware that prices in this period are much higher. But it is definitely worth the money.

The annual migration in the Maasai Mara.

The whole Serengeti region includes several national parks and reserves. The Maasai Mara is classified as a reserve, also because it’s home to the Maasai people, and the Serengeti is a national park, which has the highest form of a protected area to preserve the natural landscape and its fauna. Tanzania also has ‘controlled areas’, where humans are allowed to grow crops and keep some cattle, but this is limited and must have minimum impact on nature.

As far as the eye can see there are savannahs, large grassy plains with a tree here and there. There is remarkably little water in the area, except in the wet season. But there are also forests, rivers and rocky hills in the region. Most tourists come here to meet the Maasai people, as many travellers want to learn about the local culture as well as see the beauty of the landscape and animals.

The migration is high-season. This is from June to late September. Of course, you can visit the region at other times during the year, though it can be challenging in the wet season, which lasts from March to late May. The roads may be in poor condition, or closed entirely. But you'll almost no tourist and travelling to the Mara is an adventure.

Lake Nakuru National Park
Lake Nakuru in Kenya is best known for the thousands of flamingos that come to look for food here, turning the lake into something more like a pink sea. These birds draw predators, but you could also spot a rhino, for example.
Read more
Migration of wildebeest and zebras

Migration of wildebeest and zebras

Safari in Kenya
There are many places to go on safari in Kenya, including the most famous: Maasai Mara National Reserve. But there are many other options, for example: Tsavo, Nakuru, Amboseli and Shaba. And you're bound to see lots of wildlife.
Read more
Sweetwaters Chimpanzee Sanctuary

The Maasai
The Maasai were once the largest ethnic group in the Eastern part of Africa. They keep cattle, and still live a nomadic life in Kenya and Tanzania. Visiting the Maasai is an amazing experience, especially when you go far off the beaten track.
Read more
Tree climbing lions

all 10 articles on Kenya