This whale holds the record for deep sea diving 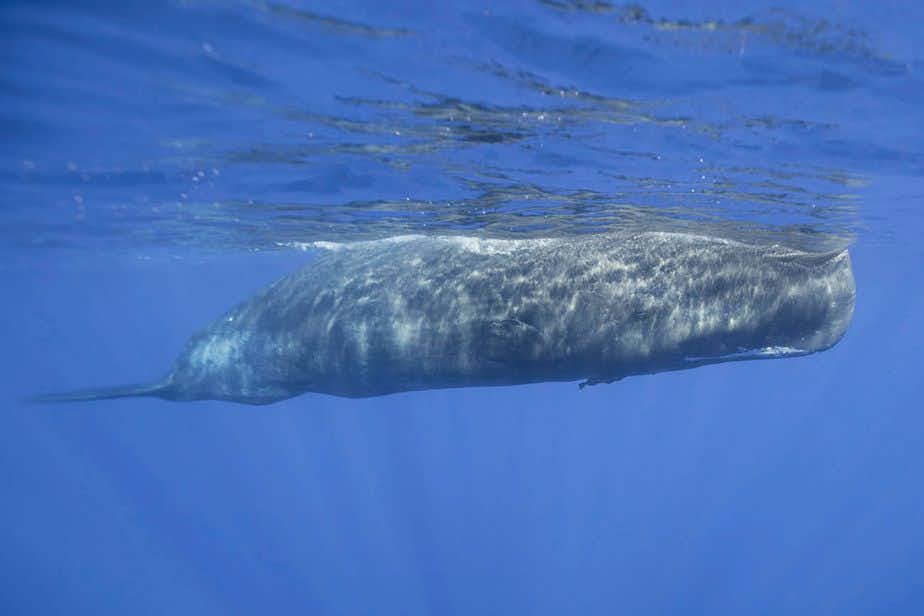 The sperm whale was made famous by the story Moby Dick. This whale species is also very popular among nature lovers. Sperm whales are regularly seen on whale watching trips. You can see this amazing animal in various places around the world.

The sperm whale is a welcome guest on any whale safari. Because of its size; these whales can grow up to 18 meters long. And look massive due to their large head. You can see them in various places on whale safaris.

This animal likes to be seen on these boat excursions because it likes to show its tail when diving. It's behaviour that photographers like to capture. The humpback whale also does this. You probably know the photos.

Sperm whales have appealed to the imagination for centuries. The sperm whale is the largest toothed whale; aka a hunter. Research has shown that these animals like to hunt giant squid, sometimes up to a depth of 3,000 meters. And maybe even deeper. Due to the fights with these squid from up to ten meters, sperm whales often have clear scratches around their mouths.

But the sperm whale is not the largest whale on Earth. That's the blue whale. This is a baleen whale. These whales filter food from the water with their whalebones. Think of small animals such as krill.

Where does the name sperm whale come from?

The strange name of this animal stems from a misunderstanding. The sperm whale was very popular with whalers because the animal had a certain kind of wax in its head, which was used to make candles. The English thought this was the whale's sperm, hence the name.

Later research showed that ambergris, as it is officially called, are the main component of the deep-sea diving organ of the sperm whale. During a deep dive, he can cut off the blood supply to his head.

How do I recognise a sperm whale on a whale safari?

In addition to the characteristic tail, sperm whales can be recognised by their small dorsal fin. And if you are close enough, also to the blowhole on the left front of its head. You can encounter sperm whales in every ocean. Although you do need some luck.

Azores
The Azores are nine inhabited and eight uninhabited islands that belong to Portugal. They are remote islands, created in the distant past by volcanic activity. In the Azores, you will find a total of 1,766 volcanoes, nine of which are still active. It is a playground for nature lovers.
Read more
South Shetland Islands