Cougar: Best places to see this animal in the wild - AmazingPlaces.com 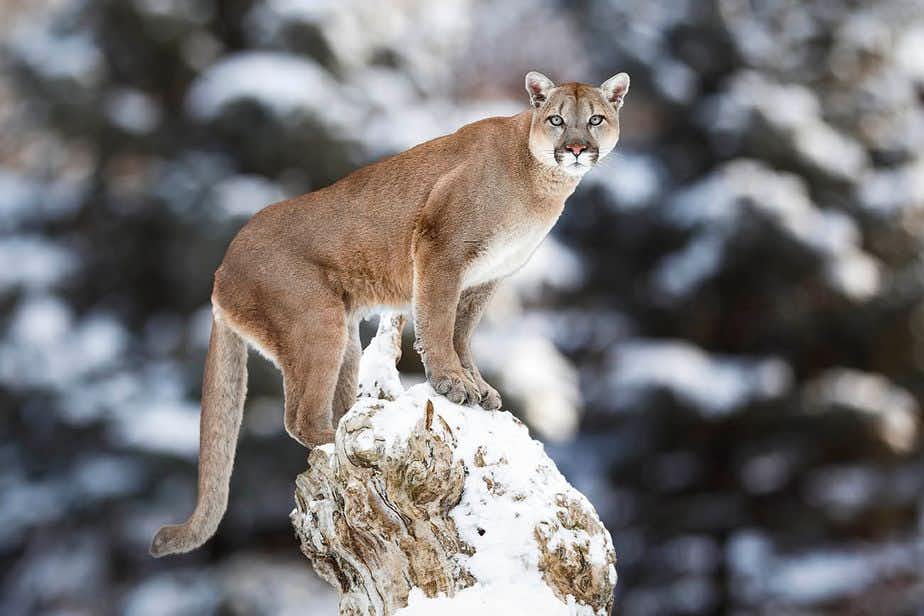 The cougar is one of the animals that is relatively unknown. Its prey is mainly deer, rabbits, and the like. In recent years, the cougar has become more dangerous to humans. Especially because humans are more likely to move into their habitat.

It's one of the relatively unknown predators. The reason is simple: You won’t see a cougar that easily. You have to be lucky to see one. Its prey is mainly deer, rabbits, and different other animals. The mountain lion has to surprise these animals and overpower them with great violence in order to get them on the ground.

The English name for this animal is a bit confusing. He is called both mountain lion and puma, but also known as a cougar. Its Latin name is Puma concolor.

Cougar and attacks on humans

In recent years, the cougar has become more dangerous to humans. Mainly because people move more into their habitat. People are rarely attacked by cougars, but it does happen occasionally. Rarely with a deadly ending, but people do get hurt. These kinds of attacks usually make it to the media.

Where does a cougar live?

This predator lives in a striking number of different places from the United States and Canada to the very tip of  Chile and Argentina. In those countries the much larger guanaco is also on its menu.

You can find them in the mountains, but also in the rainforest, for example. Also in deserts. Cougars are opportunists, they adapt to the environment, as well as their prey.

The puma is the largest predator in many places. It is therefore affectionately known as Lord of the Andes in South America. Although it also lives in the rainforests together with the larger jaguar, for example. According to biologists, Torres del Paine in Chile is one of the best places to bump into a cougar, although you should be very lucky.

The best chance to see this animal is early in the morning when the first morning light dissipates the darkness. Then many cougars are still hunting and you can spot these felines.

The best places to see a cougar

Bryce Canyon
Bryce Canyon is considered by many to be the most beautiful national park in the United States. It is more of a fairytale landscape than a nature reserve. Mother Nature has gone wild at Bryce with the creation of a wonderful landscape. This jewel can easily be explored on foot.
Read more
Copper Canyon

Copper Canyon
Copper Canyon is one of the most beautiful places in Mexico. It is one of the roughest parts of the country. It is an area that you can visit easily, although it can be quite adventurous.
Read more
Jasper National Park

Jasper National Park
Jasper National Park is located in western Canada. Many believe this is the Rocky Mountains at their best; rough, wild and different every time. You have a great chance of spotting animals both on foot and by car. And all this in a particularly beautiful landscape.
Read more
Torres del Paine National Park

Yosemite National Park
Yosemite National Park is considered the first true wilderness park in the United States. This nature reserve has unprecedented natural beauty. Think steep mountains, vast forests, countless grand waterfalls and rivers that continue to rearrange the landscape. It is a wonderful hiking area, where you can go out for days.
Read more