Get to the top of the highest mountain in Africa 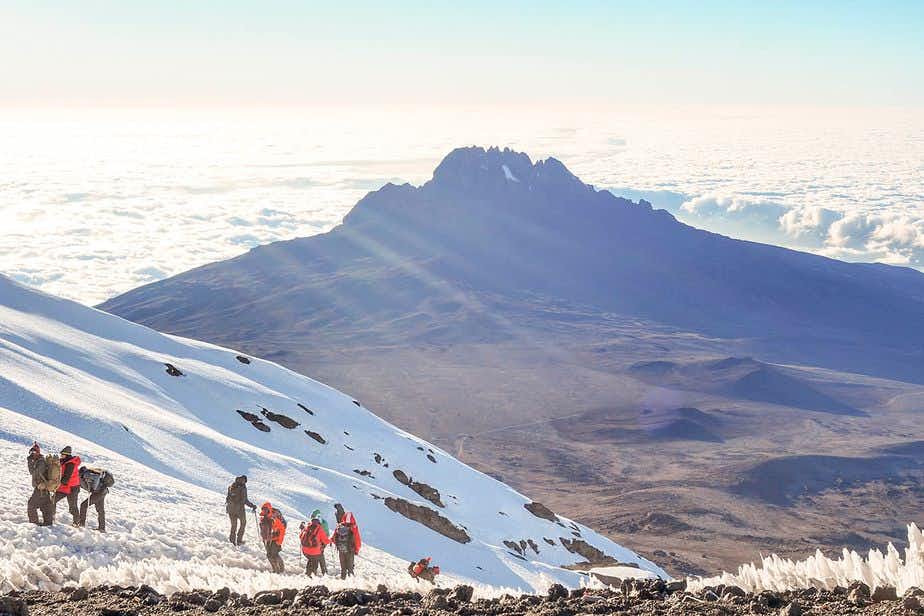 Climbing Kilimanjaro in Tanzania is exhilarating. It is the highest mountain in Africa. It’s a mythical mountain that you can climb on a multi-day hike. These are the best tours recommended by experts.

I have requested information about the routes, the number of days of hiking and how difficult it is. I have not heard anything that makes me think, I am not going to do it. It’s definitely on my bucket list but it simply hasn’t happened as yet. I love Tanzania, or rather all of Africa.

Mount Kilimanjaro is the highest mountain in Africa with a height of 5,895 meters. It is also a legendary mountain to climb over several days. A multi-day trek through various landscapes and of course reaching the top of the largest and highest volcano, the Kibo.

You can conquer the summit when you reach the awe-inspiring Uhuru Peak on a multi-day trek. There are no less than seven routes, which also differ in length (i.e. number of days). The climb to the summit is usually at night so you can experience the sunrise from the top. After which you will start your descent.

According to statistics the Machame Route is the most popular to climb. And is the oldest route to climb Kilimanjaro. About 40 percent of all climbers choose this route. The trip takes an average of six days and the climb is quite difficult, but a must do for a sporty and fit person.

The view along the way is not really amongst the most beautiful that Kilimanjaro has to offer. Another disadvantage is that this route is quite busy. If you’re going for tranquility then this route is not for you.

This route is more difficult than Marangu. The hiking days are longer and the path is steeper. However, the advantages of this route is that the path back down is different. And you can see the famous ice glaciers of Kilimanjaro. This is the main reason why this trip is more diverse.

The glacier on Kilimanjaro.

The Marangu route is another popular trek. This route is shorter; five days. It's also easier than the Machame Route. The view on this trek is extremely beautiful. Due to popularity it can also get busy with tourists.

Please note: This is the only route where you can spend your nights in cabins. On all other routes you have to camp in tents. If these cabins are important to you, you should book this in advance. On this route you take the same path up and down. Although you almost don't realise that, because the view looks remarkably very different.

The Lemosho Route usually takes six days. The difficulty level is high. But the view according to many is breathtaking. So this trek is definitely worthwhile. Partly for this reason it is quite busy here, but not as busy as on the other two popular routes.

The Rongai Route is remarkably quiet. The ascent and descent takes six days and is relatively easy. While the landscape around you is beautiful according to many hikers. This is a good choice if you don't like going up the mountain with many other climbers.

The Shira Route is also among the most beautiful, but not amongst the most popular. This route takes six days and has a high difficulty level. The surroundings are particularly beautiful. This tour is slowly becoming more popular.

The Umbwe Route is the hardest route of all. You can do this in five days, but also in six or even seven. The advantage is that this route is very quiet, while the landscape is very diverse and beautiful.

The Northern Circuit is the longest route; it lasts an average of nine days. The difficulty level is high, but you get an unprecedented beautiful landscape in return according to all climbers. And, this route is incredibly quiet as far as other tourists are concerned.

Kilimanjaro rises more than 5 kilometres above its surroundings in Tanzania. It is therefore the highest freestanding mountain in the world. The summit is called Uhuru and is located at 5,895 meters.

Kilimanjaro actually consists of three volcanoes. The largest and highest volcano is the Kibo; it forms the summit of Kilimanjaro. Next to Kibo are the Shira 3,962 meters and the Mawenzi 5,148 m.

Travelers who have done this trip are in love with this part of Africa. The mountain is covered in ice. According to scientists, about 2 km² of Kibo is covered with a small glacier. The question is for how much longer? At the end of the 19th century, this ice sheet was five times the size and shrinks every year. In order to protect nature in particular, Kilimanjaro National Park was founded in 1973.

Kilimanjaro has been a UNESCO World Heritage Site since 1987. The park covers the entire mountain, above the treeline, including 6 corridors of the surrounding forest, approximately from about 2,000 meters above sea level.

Ngorongoro Crater
The world-famous Ngorongoro Crater in Tanzania is a fertile area with an abundance of wildlife, such as lions, buffalo, hyena and many more. Imagine going on safari inside the crater of a volcano. And you can at Ngorongoro Crater.
Read more
Serengeti Balloon Safari

all 13 articles on Tanzania