Gozo: The 15 Must-See Highlights for the island - Droomplekken.nl

Step into the past on this medieval island near Malta 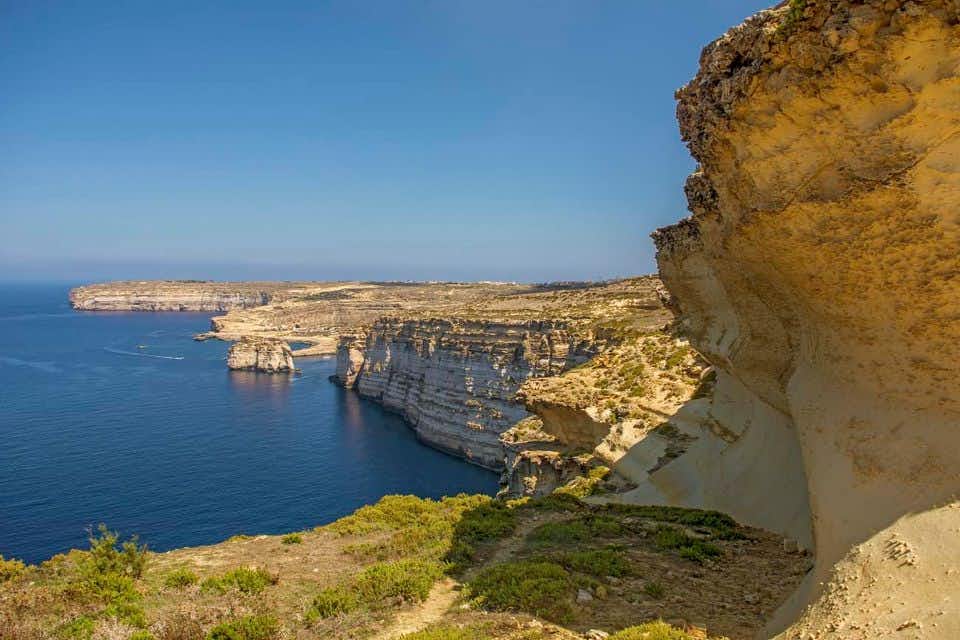 Gozo is a mystical island of Malta. It’s quiet and open, and there is a temple complex that is known to be one of the oldest free-standing structures in the world. But this island has more to offer, much more.

It is a medieval island, where time literally seems to have stood still. It is peaceful with vast open areas of land. The island has some amazing attractions. Like a temple complex that is considered one of the oldest free-standing buildings in the world. Amazingly, it is older than the pyramids of Egypt and Stonehenge in England.

Many nations have been on the island and left their traces. This can still be seen in the present day. Gozo is a mystical island near Malta. Thousands of years ago, strange temples were built here by the then residents.

This is also a place where mini elephants and giant mice once roamed. Fossils of mini elephants have been found in caves like Għar Dalam in Malta and in Gozo. They look more like Asian elephants than African elephants. These mini elephants did not exceed three feet, probably because their habitat was limited by the sea.

Gozo is a historical, peaceful and spacious island. The island also has numerous attractions, such as swimming bays, caves and natural arches. You can easily explore these yourself, as Gozo is relatively small.

The island is approximately 14 kilometers long and 7 kilometers wide. Gozo covers a total of 67 km². These are the best attractions on Gozo. And some of the best tours to do.

The Blue Hole is a natural pool by the sea. It is also a cave about 10 meters wide and more than 15 meters deep. The Blue Hole, together with the Azure Window, were the main attractions of Gozo. However, Azure Window collapsed during a storm in 2017, and only the Blue Hole remained. But this alone is impressive enough.

The Blue Hole is a wonderful place for swimming and diving. It is a bit difficult to get to it because you have to climb over rocks. These can be sharp, so special shoes are useful. Also bring along a thick towel to sit on, after your swim.

Dwejra Bay is located close to the Blue Hole and is a hidden gem. This is not known by everyone, whilst the Blue Hole is often on the list of many tourists. You can visit Dwejra Bay by boat, but you can also explore it on foot.

The hill on one side is perfect for hiking. Along the way you will be rewarded with a beautiful view over the bay. In the distance you can see the Blue Hole and the rest of the coast. You can also swim in the sea, although you have to be careful with the boats that are passing by.

The bay of Dwejra is enclosed by the so-called Mushroom Rock. It is only a small rock island of 60 meters high. A general of the Order of Malta discovered a rare plant on the flat top of the rock, the Fucus coccineus melitensis. He thought it was a mushroom and he attributed a medicinal benefit to this plant. Because of this, the knights used the plant to staunch wounds and also as a cure for dysentery.

A special cable lift was installed to pick the plant. For ordinary people the rock was declared a prohibited area. With high penalties payable. Reportedly, offenders were punished with three years of service as a rower in the galleys. It has recently been discovered that all these efforts were pointless, since the plant has no medicinal benefits. The rock is currently a nature reserve. The Mushroom Rock is located at the entrance to Dwejra Bay near San Lawrenz in the west of Gozo.

Close to the Blue hole you will find a remarkable inland sea that is connected to the Mediterranean Sea through a cave. You can sail through the caves with small boats, after which the rugged coast of Gozo reveals itself.

After the Azure Window collapsed in 2017, many consider Wied Il-Mielaħ to be the new symbol of Gozo as well as of Malta. This natural arch is at the end of a large rock. It has been worn out by erosion and part of the roof has collapsed. In between the worn out rocks you can see the waves crashing through the arch.

The Citadel in Victoria

The Citadel on Gozo is also called the Cittadella. This castle is located in Victoria, which is the capital of Gozo. The city originated from the Citadel, as early as 1500 BC. The first fortifications were built here, which were further expanded and rebuilt. Major renovations were done between 1599 and 1622, turning it into a fortified fortress.

You can easily walk through the Citadel, although it can get busy. The Citadel is also open in the evenings and it is much quieter during this time. All the buildings are illuminated, so you have a nice view of the Citadel.

The Temple of Ggantija on Gozo. ©Corno van den Berg

The Ggantija Temples are relatively unknown. This temple complex is no less than 5,800 years old. It is the best preserved temple of all the ruins on Gozo and of the main island next door. These temples are considered one of the oldest free-standing buildings in the world. And are older than the pyramids of Egypt and Stonehenge in England.

Ggantija still amazes scientists as the people who built the temple are unknown. Why it was built is also vague. Just like the reason why these types of temples were only built on these islands. There are many questions regarding these remote islands in the Mediterranean. Especially on the rustic Gozo, which still can only be reached by ferry and seaplane.

Scientists have discovered that the islands were once connected to present-day Sicily by a land bridge. Presumably the first residents literally arrived on foot, stayed on to live here and built the temples on the higher grounds. Slowly the water in the Mediterranean Sea rose due to global warming and melting glaciers.

In the centuries since, different cultures have tried to conquer Matla and Gozo which is the heart of the Mediterranean. These islands are remarkably strategic places. If you controlled Malta and Gozo, you ruled this part of the water. As an example Sicily could be attacked, as it is only 70 kilometers away.

The Xwejni salt pans are located at Marsalforn, a small town on Gozo. Here, salt is still extracted from seawater. Special catchment basins have been hollowed out at the rocky bottom where the water pounds over the rocks during a storm. And the water is evaporated by the sun, after which the salt remains.

On the road that passes the salt pans, is a small house where you can buy salt. The Cini family will explain all about the salt production, they have been extracting salt here for over fifty years.

Temple of the Phoenicians

Ras il-Wardija is a hill on Gozo on top of which a special Temple of the Phoenicians was once carved into the rock. It functioned as a temple from around 800 BC up to the Roman era. You will also find a source here, which was used for the water. The remains are still clearly visible.

There were sculptures in the niches in the rocks, but they are no longer there. And not even found in museums. What’s special about this place is the view over the coast of Malta. From a height of 120 meters you can look past the steep rocks of Gozo. Ras il-Wardija is on private property and a guide is required for you to get there.

Whoever visits Gozo steps back in time about 200 years. Of course they also have all the modern conveniences, but many farmers still work the land traditionally. Because what’s new is not always necessarily better. In any case, the residents keep many traditions alive. And the small number of residents ensures a tranquil island. You can feel the tranquillity on your arrival. Which fits well with the special past of this island.

The island of Gozo is best visited in the spring or autumn. The temperature is nice, with lots of sun and a nice breeze along the coast.

The winter is also pleasant, the weather is very mild. Although it can rain for a few hours, but also a few days between November and March.

In the summer it gets very hot, temperatures regularly rise above 40 degrees, with little wind.

Renting a car is easy. Keep in mind that driving here is on the left due to the English past. There isn’t much traffic, so it is not a big problem. Buses and other public transportation do not run often, which makes it sometimes difficult to travel if you don’t have a car.

Azure Window (update: collapsed March 8, 2017)
The Azure Window was a natural arch in the limestone cliffs on the island of Gozo, next to the main island of Malta. It was about fifty metres high and the hole had been getting bigger due to erosion by weather and sea, and in March 2017 the arch collapse during a heavy storm.
Read more
Blue Lagoon on Comino

Blue Lagoon on Comino
Blue Lagoon is very popular and rightly so. As this lagoon in Malta is one of the most beautiful bays in the entire Mediterranean. But if you go exploring this island offers many more beautiful bays. You can also swim and relax at these bays.
Read more

all 2 articles on Malta