The absolute predator of the Himalayas 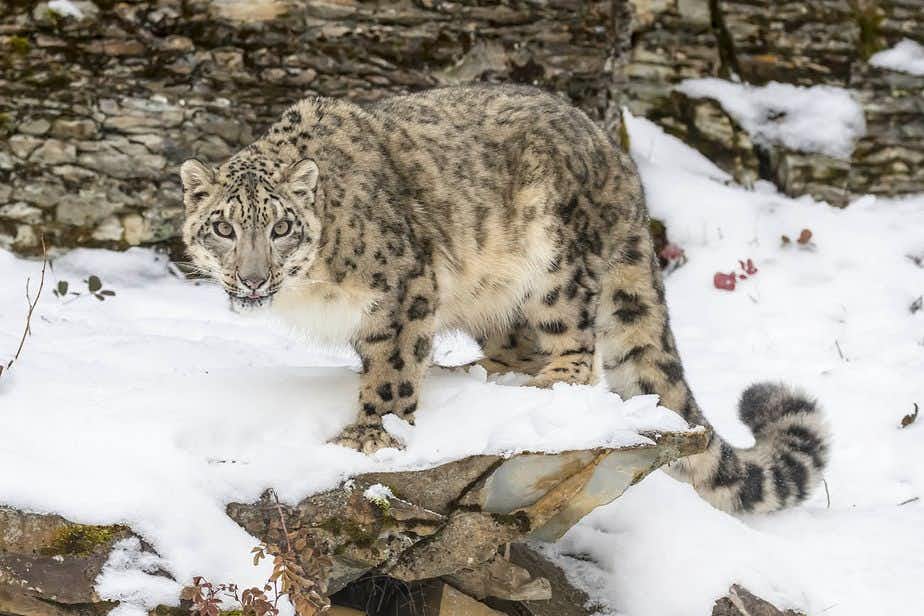 The snow leopard is the most special animal on earth for many travellers. The animal is very beautiful, but also shy. It hunts high in the mountains and rarely shows itself. But there are places where you have a fair chance.

The elusive snow leopard is a mythical animal. It is a very rare feline that lives high in the mountains of Asia.

For a long time, scientists knew little about this animal. After extensive research, scientists have discovered that they hunt during the day for the few animal species that also live in the mountains. A snow leopard stalks its prey and strikes at the last minute. Sometimes with a jump of ten meters. Its English name is snow leopard, while its Latin name is panthera uncia.

This cat was heavily hunted in the past for its thick fur. The animals are now strictly protected in, for example, India, Pakistan and Iran. Occasionally they are still shot illegally, but the number of snow leopards is slowly increasing again.

Snow leopard tourism has started slowly in recent years. When I was in Ladakh (India) in 2007, the guide regularly looked up. On certain places animal excrement was regularly found. He also knew where prey animals liked to eat, such as wild goats, ibex and musk deer.

He was sure that there must also be snow leopards living in the high mountains. He had seen them several times, but from a great distance. On a snow leopard trip a telescope is very useful. I have not spotted the animal during my two-week trip.

There are now also special trips to Kyrgyzstan, where they are occasionally seen by tourists. According to experts, this country offers the best opportunity. Although luck is needed. It is best to take at least a week for it. Which is okay in an environment like this, right?

How do I recognise a snow leopard?

The predator is easily identified by its lighter and much fuller coat than other predators. It also has a longer tail than other predators. The snow leopard lives in mountainous areas, often far above the tree line. In winter it moves to the lower parts, but it's still seldom seen because of its fur.

Himalayas
The Himalaya mountain rage stretches for 2400 and has a surface of around 600.000 km2. It’s spread across parts of Nepal, Bhutan, India, Pakistan and Tibet, and is still expanding. Every year it moves another 2 centimetres further into Asia.
Read more
Tibet

Tibet
It's officially part of China, though the Tibetans would beg to differ. Whoever it belongs to, it's a special place with a very unique culture.
Read more