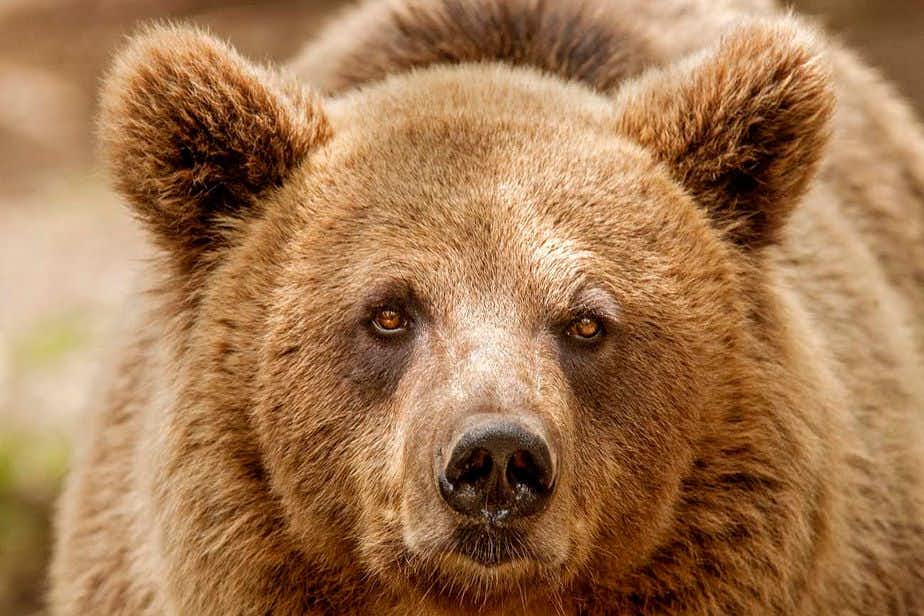 The brown bear is the largest predator in Europe. This animal also lives in Asia, therefor it is also called Eurasian brown bear. Most travellers want to see this animal on their trip, but an encounter is also a bit scary. If there is enough distance you can watch this animal at your leisure.

Is there a difference American and European brown bear?

The brown bear in Europe, according to scientists, is the same as in North American brown bear, also known as grizzly bear. But they have eat different food and have some different behaviour as well. Brown bears are opportunists and actually eat what is available.

Largest range of all bears

The brown bear's Latin name is ursus arctos. the brown bear is called the widest range of all bear species in the world.

Remarkably, the brown bear comes in various colours. It can be as good as black, but also almost white. Which makes it sometimes difficult to recognise them. But they are much larger than a black bear.

Brown bears eat everything. Many people think they only eat meat or, for example, fish such as salmon. But these animals also eat berries in the spring, for example. And even leaves. Although they also hunt young animals, birds and more. They are opportunists; if their food is readily available, they do it.

Where can I see the brown bear in Europe?

Including numerous well-known national parks, where encounters with these predators are common. And it is the reason why many travellers want to see this very animal. So keep your eyes open when you go hiking.

The brown bear can also be found in small patches in China, Pakistan, Japan and Iran. Most of the animals live in secluded areas, mostly away from people.

Bavarian Forest
The Bavarian Forest in the south of Germany is a wonderful place to discover. A perfect spot to hike for days, but you can also go out for a day. There are numerous marked hiking trails.
Read more
Central Balkan National Park

The Dolomites
The Dolomites stand for steep peaks, wide mountain meadows and delicious food. It's a wonderful mountain range in the north of Italy, where you can enjoy yourself any time of year. It's a great mix of active outdoor activities and fabulous cuisine in Michelin-star restaurants.
Read more