One of the rarest raptors on earth 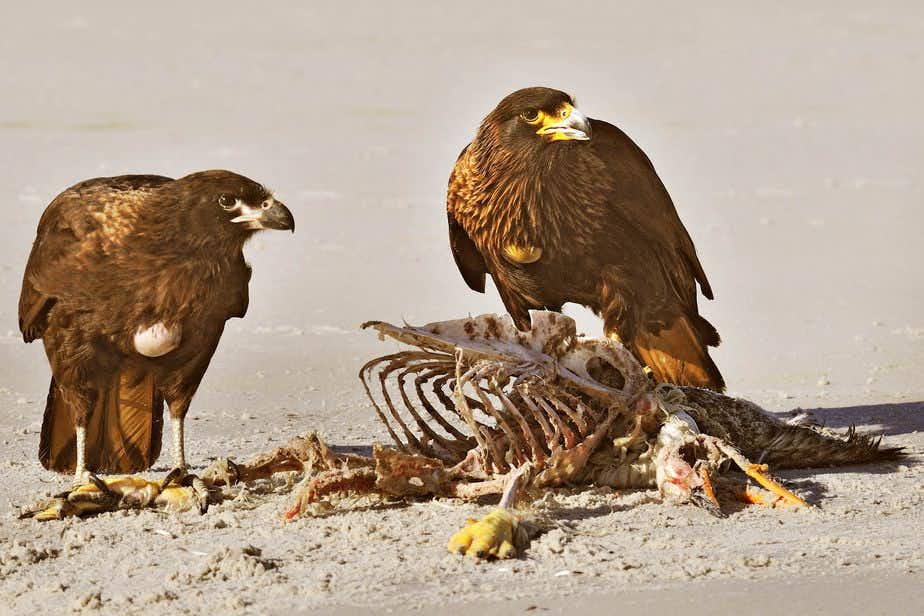 The striated caracara is a special bird of prey, endemic to the Falkland Islands and some nearby other islands. Surprisingly, this bird is not shy and easily spotted by locals and tourists on the islands.

You’ll quickly find out why they are also known as ‘flying devils’. They’re also known as Johnny Rooks, supposedly the name pirates gave them when they would swoop down from the sky looking for food on their ships. You can say what you want, they’re beautiful animals.

The striated caracara is one of the most endangered birds of prey in the world. There are less than 1,000 of them left, mostly due to its small habitat: the lowlands of the Falkland Islands. They used to be hunted by the local sheep farmers, but killing them has now become illegal.

Surprisingly, these birds are not at all scared of humans. Better yet, straited caracaras are quite curious and are known to steal and scavenge. They eat carrion and can be found near penguin colonies or other nesting animals on the island, and they will steal hatchlings straight out of the nests.

Cruise Antarctica: 10 versus 20 days
A cruise to Antarctica is according to many nature lovers the most beautiful trip in the world. But how do you find the right trip? And for how long should you go?
Read more
How to travel cheap to Antarctica

How to travel cheap to Antarctica

How to travel cheap to Antarctica
A cruise to Antarctica is expensive. But if you have the time, you could be lucky enough to take a cruise for half the price. If you're flexible with time, can take trips like these for much less money.
Read more
See five species of penguin