Galápagos Tortoise: Where can I see this animal? - AmazingPlaces.com

Largest tortoise in the world 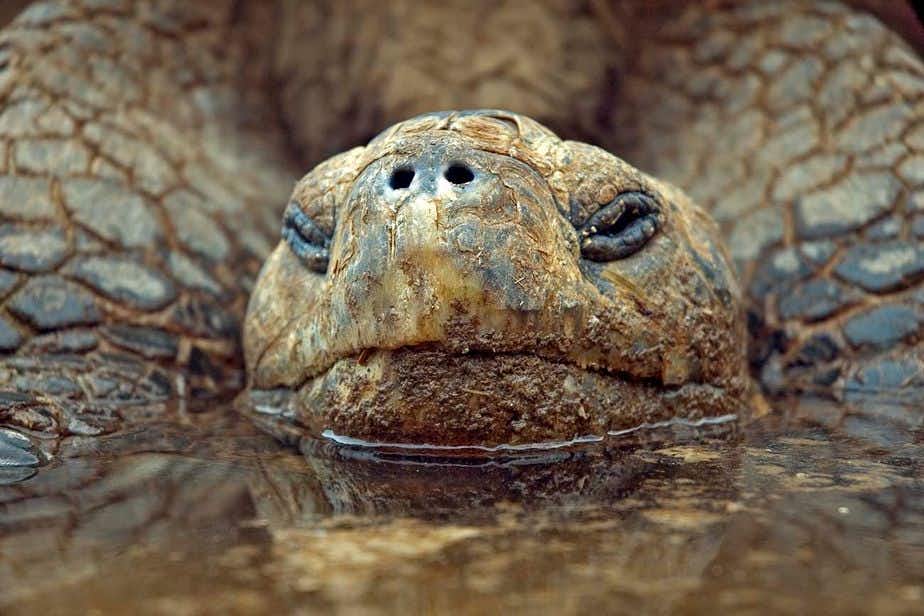 The Galápagos tortoise has high priority on every visitor's list. You can encounter them almost anywhere on the Galápagos Islands, but the best place to go is El Chato Tortoise Reserve.

The Galápagos giant tortoise is the world’s largest turtle. The males can grow up to 1.2 meters. These massive animals can turn over 100 years old, but are especially vulnerable to rats and cats when they are young. The animal has a long neck and sturdy jaws, which can chew all sorts of food. Even cacti.

Evolution is also evident in the turtles. Scientists have recognised more than ten subspecies, most of which only occur on one island. Incidentally, the mating ritual is little affectionate. The male bites the female and strikes her with his head until she surrenders. The best place is Isla Santa Cruz and the El Chato Tortoise Reserve.

Natural scientist Charles Darwin came to the Galapagos to study the animals. The researcher developed his Evolution Theory on the islands, especially with the Darwin finches. But the evolution is also visible in the turtles.

Incidentally, the mating ritual of these animals is not very loving. The male bites the female and hits her with his head until she surrenders. You have a chance to see this, the animals don't care about you.

Scientists have recognised more than ten subspecies, most of which are only found on one island. They all develop slightly differently due to the changing conditions on the islands.

Where can I see the Galápagos giant tortoise?

For background information, the Charles Darwin Research Station just outside Puerto Ayora on Santa Cruz is a good starting point. The station focuses primarily on the animal’s reproduction and it has released many animals back into the wild.

After this, you can go into the hills in the area, in search of wild animals. This is one of the most popular excursions on the Galápagos Islands. This is not strange if you consider the wonderful image of a Galápagos tortoise calmly chewing on some grass…

Kayak with wildlife on the Galapagos Islands