With 828, it’s the highest building in the world, it can be found in Dubai 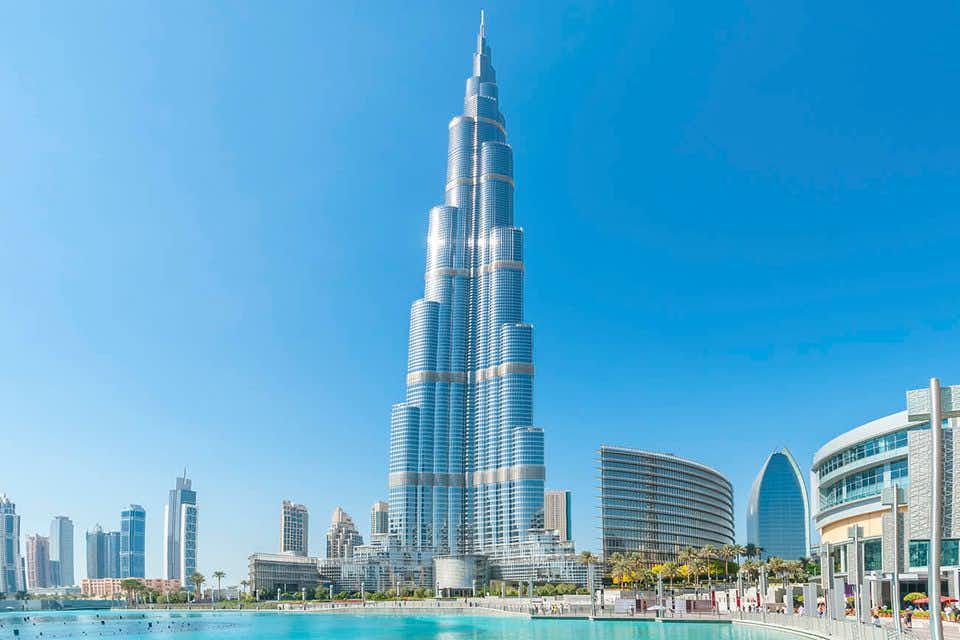 The Burj Khalifa in Dubai is yet another feat of engineering that was accomplished in United Arab Emirates. It will take your breath away. Go stand in front of it and see how high it really is. You can also go inside and take in the view of the city and its surroundings. There are shops, hotels and restaurants in the building.

The building of the Burj Khalifa began in 2004 and in 2008 it had already reached a height of 636 metres, surpassing that of the Taipei 101 building in Taiwan. The building was  first known as the Burj Dubai, it opened officially on the 4th of January 2010. It is measured at 828 metres.

The Burj Khalifa has two observation decks. These are popular places from where you can take good photos. But also to take in the grandeur of the city.

Observation Deck At The Top

The most famous is Observation Deck At The Top on the 124th floor. You look out over Dubai and the Persian Gulf. And yes, it is high.

The amazing view of Observation Deck At The Top.

Observatiedeck At The Top Sky

On the 148th floor you will find the second viewpoint At The Top Sky. Note the minute difference in the name. so be clear which one you want to visit. This vantage point is located at an altitude of 555 meters. And the entrance fee is also higher for this point.

The building can be seen from all over Dubai and the surrounding area. The best time is early in the morning or in the afternoon when the sun is setting.

Anyone who goes to Dubai wants to photograph the Burj Khalifa. But this is trickier than you think. You are quickly too close. If you have a wide-angle lens, you can stand at the Dubai Fountain. So that you get the water in the foreground. In the evening the fountains turn on and you can capture both.

You can also walk a little further through the Burj Park by Emaar so that you get a little more distance. And the tower does fit. Do this during the sunset. Then the light is soft and you get the surroundings beautiful.

The Burj Khalifa at sunset.

The construction of the Burj Khalifa in 2004 and in May 2008 already reached a height of 636 meters, taking the title from the Taipei 101 in Taiwan. On January 4, 2010, the building, initially called Burj Dubai, was officially opened. And it was officially assigned the height of 828 meters.

During the opening, the tower was renamed Burj Khalifa, which is a reference to Khalifa bin Zayed Al Nahayan. He is President of the United Arab Emirates and Emir of neighbouring Abu Dhabi. This oil state prevented the bankruptcy of Dubai at the end of 2009 with a loan of no less than 50 billion.

Dubai can be visited all year round, and almost all attractions can be visited all year round. But the temperatures are at their coolest from the end of September to the end of April. Then it is usually about 20 to 25 degrees during the day and around 10 degrees at night.
From May to September the temperature in the city can reach 40 degrees, with peaks of over 50. In the desert it can get even warmer.

Palm and the World Islands

Palm and the World Islands
The Palm Islands and World Island off the coast of Dubai are unique. You actually have to see it from the air, so for example from an airplane. These artificial islands are a major attraction in the United Arab Emirates.
Read more

all 2 articles on United Arab Emirates