Most beautiful cathedral in the world? 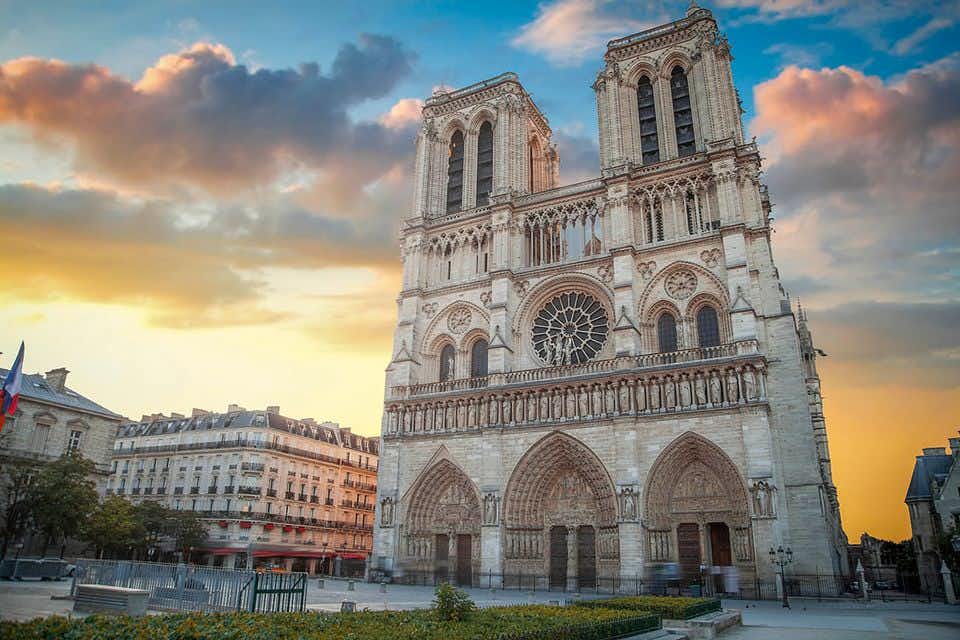 The Notre-Dame in Paris is impressive. It’s a cathedral with an interesting history, and you can climb up the towers, and see the amazing view over the city. You’ll also see the gargoyles, which once represented the fear of the residents, but now are part of the charm.

UPDATE: Restoration on it's way

A big fire broke out in Notre-Dame on April 15, 2019 around 7 p.m. A huge part of this famous church was destroyed. Some of the famous works of art were saved. Including three important relics of Christ; the crown of thorns, a piece of the cross and a nail of the crucifixion. The 14th century wood relief around the choir, the artworks and the famous organ did not survive the fire. There is also nothing left of the well-known stained-glass windows.

Soon the call for reconstruction became audible. And the money is pouring in. Within a few weeks, 80 million euros had already been raised. President Macron said he wanted to rebuild Notre Dame in five years. Although that seems a bit too energetic.

Cathédrale Notre-Dame de Paris is world famous and one of the most recognised icons of Paris. It was built on orders of Bishop Maurice de Sully, while Louis VII was in power. Building began in 1163, the first stone was laid by pope Alexander III, and the cathedral was completed in 1345. The Notre-Dame is 130 metres long. Remarkable are the ‘unfinished’ towers which are 69 metres high. On February 27th 1805, the Notre-Dame was declared to be a basilica, an honorary title for churches in Roman Catholicism.

After the cathedral was damaged in the French Revolution, it underwent a 23-year-long restoration starting in 1845, under the command of Eugène Viollet-le-Duc. This early gothic structure is built in the shape of a cross, and its treasury is said to hold three relics related to Christ: his crown of thorns, a fragment of the True Cross, and one of the nails used to crucify him. But not everyone is entirely convinced of their authenticity.

The view from the Notre-Dame towers at night. ©Corno van den Berg

In July and August, you can climb the towers on Fridays and Saturday nights until 11 pm, and you can watch the sunset from up here… Or feel the presence of the gargoyles in the dark and look them in the eyes once the sun has set. These strange mythical creatures (some are half human, half beast) give the cathedral a slightly sinister feeling and show the fears of times past.