One of the most extraordinary ossuaries in the world 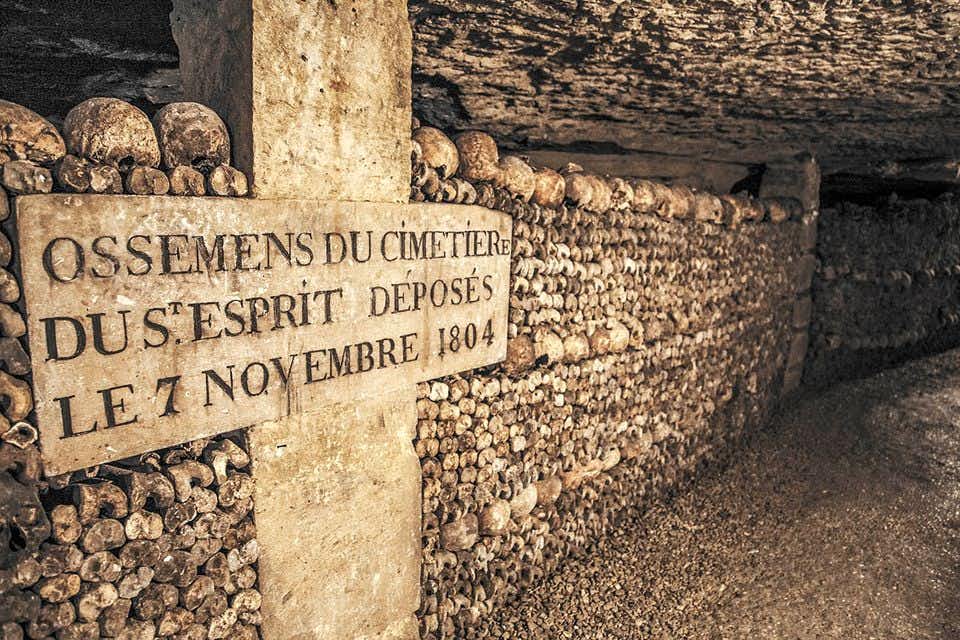 The catacombs of Paris are part of an underground tunnel system, and form an ossuary for the bones of around six million Parisians. You can visit several parts of the tunnels.

The Paris Catacombs are some of the most extraordinary repositories in the world. It’s a huge network of tunnels and chambers under Paris, and it is believe to house the bones of around six million Parisians.

You'll see a signs that tell you where the bones came from. ©Corno van den Berg

The limestone of the Paris Catacombs

The tunnels are the result of the limestone the French used to quarry under the city, to build all those limestone buildings. But when deadly diseases struck the city, the existing cemeteries quickly filled up, and that’s why in 1786 they decided to exhume the oldest bones and into move them out of the cemeteries and into the vacant space the quarries had left behind. This was done until well into the 19th century.

Part of the tunnel system was also used in the Second World War by the resistance, but the catacombs have drawn tourists since 1867, and you can still go and visit them today

The underground ossuary in Paris has a macabre atmosphere. ©Corno van den Berg

Once upon a time the tunnels covered about 300 kilometres in total, but these days you can only see just over a kilometre of them. You don’t need to see much of it to feel the impact of thousands and thousands of bones and skulls. Most of them are neatly stacked, but there are also just heaps of them, as they were dumped hundreds of years ago.

When you visit the catacombs, you will pass under a sign that says Arrête! C’est ici l’Empire de la Mort (‘Stop! This is the Empire of the Dead’). There are also the sinister signs that tell you which cemetery the bones came from and the date they arrived in the catacombs.

There are many entrances into the tunnel systems, and plenty of locals will know a sneaky way to get into the catacombs through one of the many other tunnels that lead there.