Greeks, Romans and the Tombs of the kings of the Egyptians 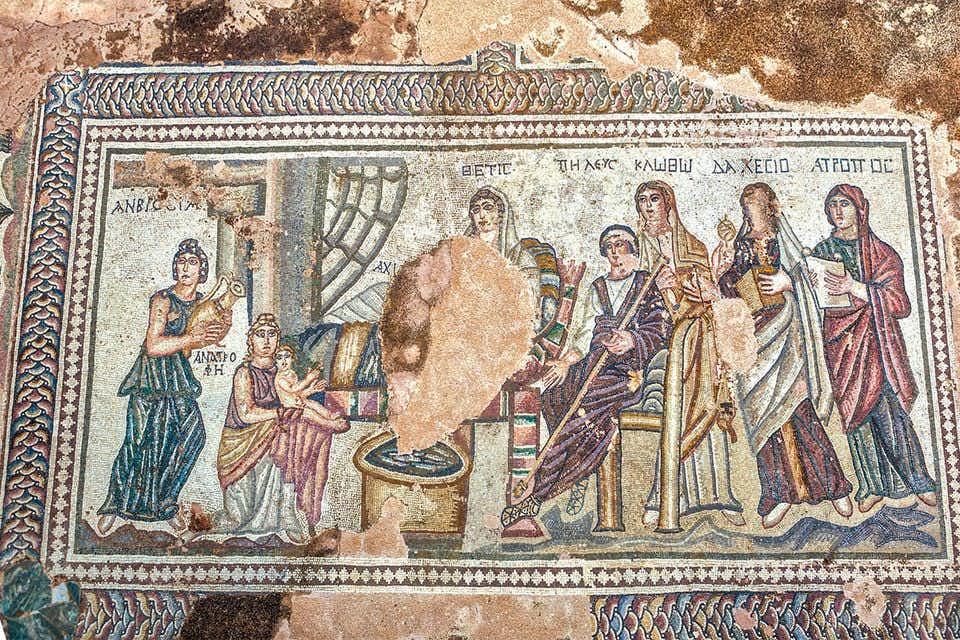 In the Paphos Archaeological Park on Cyprus you can see the remains of the Greeks, but also of four Roman houses full of mosaics and mythological depictions. The island was also influenced by the old Egyptian empire, during the time of Cleopatra.

How special is Paphos?

Paphos is one of the richest archaeological sites in Europe. It was once the meeting point of three worlds.

It contains remains of what are called the Tombs of Kings (though no kings were buried there, but very important officials) and villas, palaces and theatres from the Hellenistic and Roman times from the 2nd and 3rd century, and contain some amazing mosaic depicting Greek mythology.

A visit to this park is quite an experience, it’s very vast and positioned on the coast, which allows for great sea views.