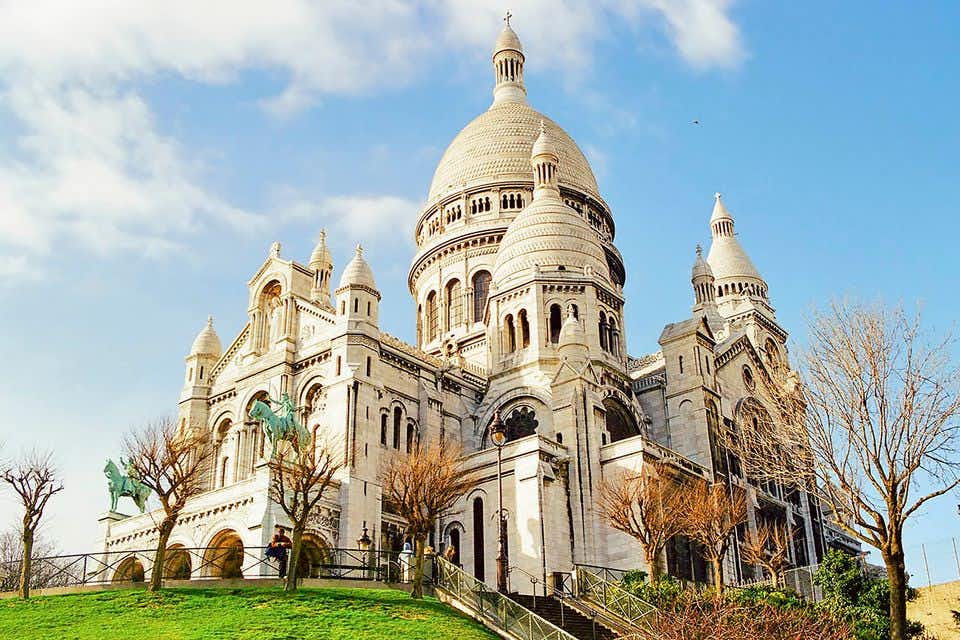 The Sacré-Coeur is a world-famous basilica in Paris. It's located on Montmartre hill in the 18th arrondissement and is really worth a visit, as is the entire quarter of Montmartre.

You can visit the basilica for the whole day. It is located in the lively neighbourhood of Montmartre. A great area to just stroll around or to sit at the famous stairs in front of the Sacré-Cœur. Where you can enjoy a fantastic view.

Be aware: it can be very busy here, especially during the weekend or in high season. Go early or at the end of the day. The light is also very good for photography.

Sacré-Coeur and its famous.

History of the Sacré-Cœur

The Sacré-Cœur was built by the French Catholics to commemorate the 58.000 people who perished in the French-German war between 1870 and 1871.

The first stone was placed in 1875, but it took until 1914 for the church to be finished. They chose to build it on Montmartre hill, so it would be visible from far and wide. It is dedicated to worship the Sacred Heart, part of Roman Catholicism that honours the heart of Jesus.

Building the structure didn’t go smoothly, the original architect Paul Abadie died in 1884 when only the foundations had been laid. It proved to be an immense task, requiring 83 pits of each 45 metres deep to re-enforce the ground it was built on.

His work was taken over by Lucien Magne, who designed a bell tower of 84 meters high that was added to the original design. This touch created a mix of Roman and Byzantine styles to the building.