Abu Simbel: Temple that was relocated in Egypt - AmazingPlaces.com

Fabulous temples that were entirely relocated to build a dam 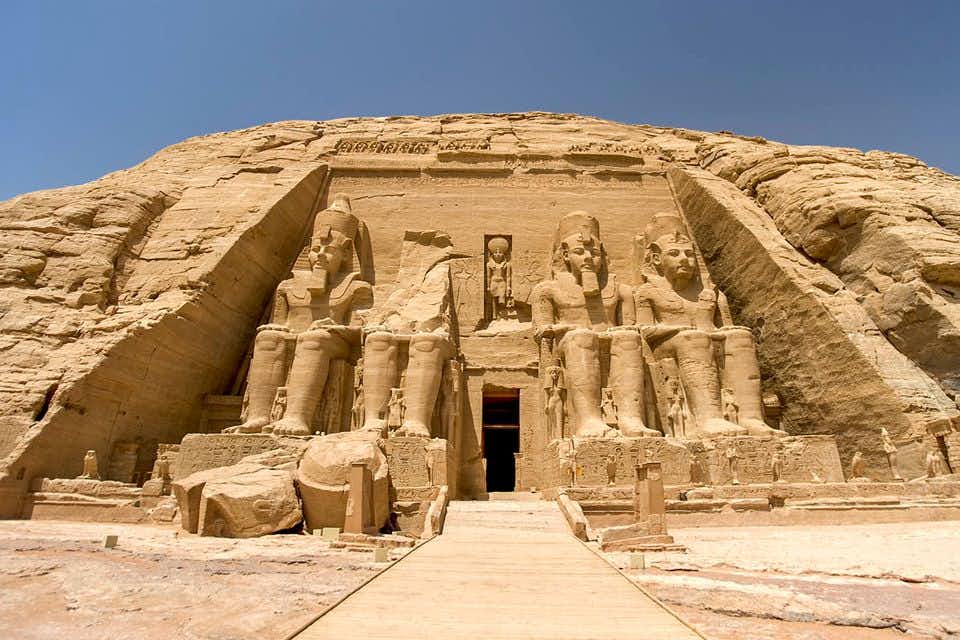 The Abu Simbel temples are two huge Egyptian structures on the banks of Lake Nasser in Egypt. They were carved out of the mountainside under orders of Ramesses II in 13 BC. Remarkably, the entire complex was relocated in the sixties to make room for the Nassar Dam.

The temples were discovered in 1813 by the Swiss archaeologist Johann Ludwig Burckhardt. They grow under a large pile of sand, so it took years before Giovanni Battista Belzoni was the first to enter the temple in 1817.

The interior of Abu Simbel.

Remarkably enough the temples were not build at this location. The current Lake Nasser was created by the Aswan Dam, which was built in the 1960s. However, the construction would cause the temples to disappear under water. In its entirety.

After which a major rescue plan was put on the table. UNESCO and National Geographic literally sawed the temples to pieces. The blocks were reassembled 200 meters further from the river and 65 meters higher. All this happened between 1964 and 1968. The famous statue of Ramses the Great is also being reassembled after the move in 1967.

Also special are the rocks in which the temples are located. Two large concrete domes were built on site, clad on the outside with natural stone. The temples were literally pushed into this. And when you walk here it looks as if they were carved out of the rocks. it is a wonderful piece of architecture.

Nile River Cruise
A cruise along the Nile river is the most popular way to see this part of Egypt. There are many options available, with three- and four day cruise the most popular.
Read more
Valley of the Kings