A metropolis with the Opera House among other things 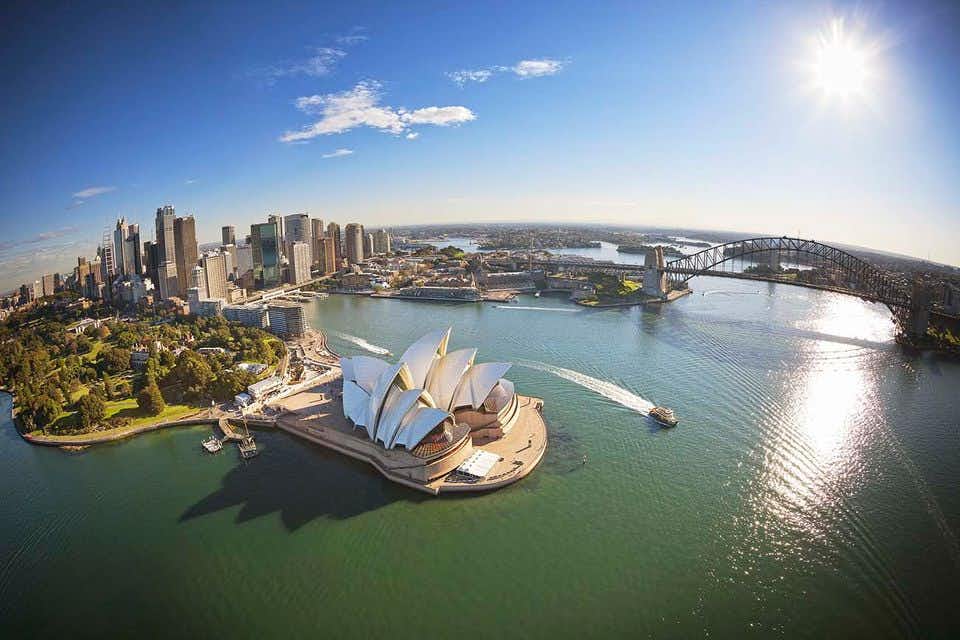 Sydney is the ideal starting point for a trip around Australia. And of course you can't miss visiting the Opera House, up close and from a little distance, in its harbour setting. It won't be long before you'll feel at ease with the relaxed Australian way of life.

A few days in Sydney is a good way to acclimatise after a long flight, but also because it’s a great city to visit. You’ll quickly see how the Aussies live. Sydney is also the second metropolis in the world where they celebrate the new year, traditionally with a huge party and music. Sydney is the oldest and largest city in Australia, but it’s not the capital, that’s Canberra.

A visit to Darling Harbour in Sydney.

The Darling Harbor is located at the famous Harbor Bridge. This district is built around the harbour of the same name and very popular. You can enjoy a drink, shopping and good food. Especially in the evening it is busy and pleasant. You will also find various museums, such as Madame Tussauds and the Australian National Maritime Museum. You will also visit Tall Ship James Craig, a historic sailing ship from 1874.

You can visit the city just to see the famous Sydney Opera House. During the day, but also in the evening when it is wonderfully lit. Take a good look at the roof. The white roof tiles and the sun, or at least the light, provide the well-known effect.
The building was designed by the Danish architect Jørn Utzon. It didn't open until 1973, but has been an icon for decades. It has been on the UNESCO World Heritage List since 2007.

A city with a world famous beach, that's what you can call Bondi Beach in Sydney. The remarkably long beach is located in the Bondi district and is very popular with surfers. But also with sun worshipers, although you have to lubricate yourself well due to the high UV radiation. The water usually has a nice temperature, but can also be fresh.

Circular Quay is where the famous pictures of the Opera House are taken. And where you also have a good view of the immense Harbor Bridge and the various cruise ships that dock at this point.

The view from the Royal Botanic Gardens on the Opera House.

Just next to Circular Quay you will find the city's Royal Botanic Gardens. The botanical gardens are actually a large park. Where you see a striking number of plants and shrubs that occur in Australia.
You might also see many birds and opossums, a kind of marsupial. From the park you can walk to the locally famous Mrs. Macqauries Point. This protruding rock gives you a wonderful view of the city. With the Opera House and Harbor Bridge in your frame.

Kings Cross is Sydney's entertainment district. You can visit numerous restaurants, bars and clubs. It is nice to have a look, but it's not very different from other cities.

Sydney is also the first metropolis on the planet where New Year is celebrated. Traditionally this is also done with exciting music and big fireworks. It is really a special party.